From savings bank to Swedbank

Sweden’s first savings bank was founded in Gothenburg in 1820. Today we are an international group offering a full range of services for private and corporate customers.

The final decades of the 18th century brought widespread change to Europe, with new ways of thinking in many areas. A new view of mankind and people’s ability to shape their own destinies also began to gain acceptance. Welfare, in the sense of improved social and economic conditions for most of the population, became an argument in Swedish political debate. In discussions on the issue of poverty, several prominent politicians and economists advocated citizens being given the opportunity to save for their own old age, among other things. This would reduce the government’s expenses for the care of the poor.

It was mainly during the early 19th century that the establishment of savings banks gathered pace, first in Europe and then in other parts of the world. In Sweden, Undersecretary of State C D Skogman was given the task of reporting on how the English and Scottish savings banks operated – the resulting report was titled “Underrättelser om så kallade BesparingsBanker” (Notes on so-called Savings Banks).

The savings banks in the 19th century 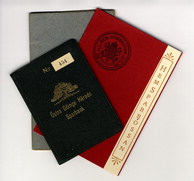 Sweden’s first savings bank was founded in Gothenburg in 1820. The man behind the venture was an immigrant German merchant, Eduard Ludendorff. The bank was established without the involvement of the government or authorities.

By the mid-1870s, there were 325 savings banks, of which 90 were located in the cities. At the same time, 37 business banks had been established. For several decades, the savings banks operated freely without any regulatory legislation. The first Savings Bank Act was not adopted until 1892.

The most important tasks for the savings banks were to accept deposits and promote saving. Other features included close ties with the local community and the absence of individual profit interests. However, from an early stage, loans to local businesses and the public became important operations for many savings banks.

The close of the 19th century was a period of great upheaval in rural areas. Agriculture was expanding while many people were migrating to the cities. As cash payment became standard, the savings and business banks experienced difficulties in meeting the demand for cash, primarily from the smaller farms.

A decision by the Swedish parliament in 1915 laid the foundation of the cooperative bank system and created new opportunities for the development of agriculture, primarily by means of a credit system adapted to the needs of the small-scale farms. The new bank system was founded on the cooperative principle of “one member – one vote.”

The number of agricultural bank offices rose quickly to 789 by the mid-1930s. They were organised into regional units, which held permits to conduct banking activities issued by the authorities.

During the early 20th century, the savings banks did not compete on the same conditions as the business banks. By law, the principle task of the savings banks was to hold private individuals’ savings. The law also set an upper limit for savers’ deposits. The role of the business banks was to take care of contacts with industry and to meet its needs for banking services.

With the establishment of the Savings Bank Association in 1900, the savings banks began to collaborate and to agree on a uniform course of action externally. An important part of this collaboration involved savings propaganda, the origins of which can be found in the international savings bank conference in Milan of 1924.

The highest priority was to get as many people as possible to save on a regular basis – to make saving a good habit. However, propaganda, or marketing, was not enough – products were also needed, that is, various organised forms of saving. School saving was one such product and household savings boxes another. Organised saving made its greatest impact through savings clubs, which, with time, became very widespread, but which ceased when salaries began being paid through the banks.

The first issue of the “Lyckoslanten” (Lucky Penny) magazine was published in 1926. Since that time, it has been distributed to schoolchildren between 10 and 12 years old throughout Sweden.

Another important part of the collaboration was the establishment of Sparbankernas Bank (the Savings Banks’ Bank), which increased competition with the business banks by providing bank guarantees, carrying out international transactions and accepting larger deposits.

A period of control and expansion

The end of World War II saw the beginning of a period characterised by substantial governmental control of banking operations. At the same time, the modernisation of the savings banks began, to culminate during the 1960s. Several subsidiaries were established: Sparbankernas Datacentraler (the Savings Banks Data’ Centres) in 1962, Sparbankernas Revisionsbyrå (the Savings Banks’ Auditing Bureau) in 1966 and Svenska sparbankernas Fastighetsbyrå (the Swedish Savings Banks’ Real Estate Agency) in 1966, to name the most important.

In 1956, a new law regarding agricultural banking operations came into effect. The members’ personal responsibility for the banks’ business operations was removed, membership was widened and the limiting of credit provision to property holdings was eased. At the same time, the national organisation was transformed and a central bank was established, Föreningsbankernas Bank (the Union Banks’ Bank) with a corporate structure similar to that of Sparbankernas Bank. 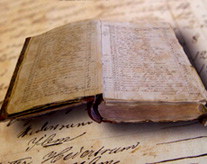 The 1970s were characterised by legislation adopted in 1968 that granted the agricultural banks and the savings banks the same rights to conduct banking operations as the business banks. The formal boundaries between the credit institutions largely disappeared.

In 1974, the agricultural banks changed name to Föreningsbanken (Union Bank). Both their membership and banking operations expanded during the 1970s.

During this period, the banks introduced automation, and new products for the general public and small companies were introduced. Competition in the corporate sector intensified.

Like the savings banks, the union banks took advantage of the opportunities offered by the 1968 legislation and began to enter markets that had traditionally been the territory of the business banks. This was particularly important given that the credit needs of the agricultural sector were diminishing in relative terms.

Both the savings and the union banks were highly active in relation to the companies that grew during the 1980s, primarily within the property, management and financial sectors and therefore became established as commercial banks. While the business banks’ share of lending to traditional industries declined, the savings and union banks’ share rose from 6 percent to 20 percent and from slightly more than 2 percent to more than 8 percent respectively during the 1980s.

When credit institution operations were deregulated in the latter half of the 1980s, the process mentioned above intensified.
With expansion being achieved at the cost of weaker securities, greater risk exposure and more complicated organisation, the foundations for the financial crisis of the 1990s were laid.

During the final two decades of the 20th century, the savings banks underwent a new transformation – unity and partnership were put to the test. The idea of incorporating the savings banks was put forward, allowing them to be reorganised as joint-stock banks.

A parallel process also characterised the development of the union banks.

Crisis and rebuilding in the 1990s

1990 was a dramatic year for the entire banking industry. Inflation and an economic slump brought weakened competitiveness and increased unemployment. The credit losses incurred by both the union and savings banks gave rise to discussions on issues such as profitability, re-financing and types of corporate structure.

The credit losses grew and the Swedish banks were forced to establish special companies to deal with credit undertakings that had run into difficulties. While the savings banks established Tornet to deal with these tasks, the union banks decided to handle them through Mandamus.

It was also deemed likely that the banking system, with the exception of Handelsbanken, would need to apply for some form of government support. However, through various loans and guarantees from the government, most banks were able to get through the crisis without large-scale government involvement.

In 1992, the union and savings banks relinquished their traditional forms of ownership, and Sparbanken Sverige AB and Föreningsbanken AB were created.

The crisis and the conversion to limited companies necessitated rationalisation and reduced costs. The number of employees decreased, and lending was carefully controlled. By 1994, the Swedish banks were already showing considerably improved earnings, primarily as a result of reduced credit losses.

The transition to limited companies provided the foundation for survival.

With the 1997 merger of Sparbanken Sverige and Föreningsbanken, the broad customer base of close to five million people and the extensive branch network provided the basis for a strong and efficient bank. The name given to the bank was FöreningsSparbanken.

The bank expanded in the Baltic region through the acquisition of shares in Hansabank. In 2004, Hansabank became part of Swedbank and the expansion in the east continued.

The collaboration between Swedbank and the savings banks is a central component of the Swedish operations and is founded upon their shared history and values.

Today Swedbank has operations in Norway, Denmark and Finland as well as in Sweden and the Baltic countries. In addition, Swedbank has offices in Shanghai, New York and Johannesburg. Swedbank previously had operations in Moscow, St. Petersburg, Kaliningrad and Kiev, but in 2013 the bank’s operations in Russia and the subsidiary in Ukraine were sold.

We use cookies to make swedbank.com work optimally. Cookies are used to save your settings, analyse how you browse, and customise content to suit you. They are also used to promote our services, and some cookies come from companies we work with. When you accept cookies, you agree that cookies can be stored on your computer, mobile or tablet. If you opt out of cookies, you will not be able to see all our content.